Club Monstrosity & The Monsters In Your Neighbrohood - Jesse Petersen

Buckle up dudes…two reviews for the price of one! Natalie’s one of Frankenstein’s creations and works in a New York City morgue. So of course she needs therapy. She and her friends—er, fellow monsters—have formed the world’s most exclusive, most dysfunctional support group. What could go wrong? Undetected in the modern world and under pressure to stay that way, Natalie Grey, Dracula, Bob the Blob, and others (including the fetching wolfman Alec) meet regularly to talk about the pressures of being infamous in the Big Apple. Topics include how long it’s been since their last sighting, how their “story” creates stereotypes they can’t fulfill, and—gasp—sometimes even their feelings. But when their pervy Invisible Man, Ellis, is killed in a manner reminiscent of the H.G. Wells novel, it’s clear someone’s discovered their existence and is down for some monster busting. Led by Natalie—and definitely not helped by Hyde’s bloodthirsty tendencies—the members of Monstofelldosis Anonymous band together for security and a little sleuthing. And maybe—maybe—if they don’t end up dead, they’ll end up friends somewhere along the way. As one of Frankenstein’s Creatures, Natalie Gray knows that unique parts sometimes make up a great whole. Still, leading a diverse support group for monsters—now including Cthulhu!—isn’t an easy task. Especially not since the internet arrived. New York City embraces the different and the bizarre. Still, even for such a fun-loving city, the supernatural and monstrous might be a bit too much. It’s been six months since the members of “Club Monstrosity” overcame the most recent spate of anti-monster violence and they’ve reestablished their routine of meeting in a church basement once a week to (ugh!) talk about their feelings. Still, they also know a war against them is brewing. Natalie and Alec (the werewolf) have begun dating, and the mummies Kai and Rehu are tighter than a bug in a…well, bandage. But when modern means (YouTube, Twitter, bits and bytes) are used to chip away at the solidarity of these ancient monsters, it’s up to Natalie to save the day. #MonstersInNewYork may be trending on Twitter, but this girl’s trending toward saving the day…somehow.

So why two reviews in one blog? Mostly because these two novellas are short, and being that they are related to each other, it makes sense to write the reviews as one.  But mainly, it’s a way to examine an author and their progression with a series of books.


Let’s first take an overlook at the idea of the books. Well, honestly, it’s pretty freaking awesome. I love reimagines on classic ideas. Why couldn’t Dr. Frankenstein not create more than one Creature? Why couldn’t Dracula be a befuddled old man who has an iPhone but doesn’t truly understand how it works? Club Monstrosity is a fun idea that thankfully doesn’t take itself too seriously. Sure, there’s lots of action and a pit of drama packed into these two short novellas, but what Jesse Petersen is amazing at is writing jump starting a story with great imagery and dialogue. If you don’t know who Jesse Petersen is, check out her other book series about marriage surviving a zombie apocalypse. But all the characters are relatable. I mean, listen, all I’m saying is that if I was going to be a monster…it could very well be Frankenstein. Why? Because I need coffee to jolt my ass to life every morning. That’s legit. Though our heroes are the monsters, Petersen can make them have the human experience we all go through. Insecurities, jealousy, rage, embarrassment, confusion...all of it. I love all the snark between the characters. And the relationship formed between Natalie and Alec didn’t feel forced. It came together naturally, as strange as that may sound.


But…and here’s the but…


That sounds bad. Most “But’s” are bad. This one isn’t so bad, but more like a trend I’ve noticed with Petersen’s writing. In her previous book series, Living With the Dead, the last book ended up being…well…I don’t know…a little off. If memory serves, I feel like something happened with the publisher, Orbit, because I remember a different publisher for the last book, The Zombie Whisperer. The strange back and forth POV and the lack of editing. Granted, it’s a book about zombies, but there were elements of that book that caused me to not be able to suspend my reality for the one being presented to me. And that’s the thing with science fiction or fantasy: you must be able to convince the reader that despite the make believe, you can fall into the story and believe that this kind of stuff could happen. Thankfully, with The Monsters In Your Neighborhood, it’s not too bad. I was flung so far out of the book I was pissed. But the whole element with Hyde and microchips and controllers…listen…it was a very close call to me getting annoyed like I did with The Zombie Whisperer. However, for me, what made up for the book, was the simple climax that Petersen wrote. Tired of facing the Van Helsings, Natalie as the leader makes the decision to just stop. That the fighting and the fear mongering was not something worth dealing with (hmmm…sounds a little like real life…if you know what I mean…). Natalie told the monster hunters simply No, that she refuses to take part in their war. She instead takes a call to action to spin the view of her kind, to show that though some might call her a monster, they are simply folks wanting to live their life just like every other person on this world.


And isn’t that there a statement we should all live by? I mean, I know I’m taking two very VERY light hearted and rather sweet novellas that are packed full of language that I use on a daily and making a bold assumption about the underpinning of what the author might be trying to say. But, in the end, what binds us and brings us all together are those around us. To show despite all our quicks and nuances, we are all just a bunch of freaks just trying to make it through life.


Would I suggest these books? Yes. If you are looking for a simple read, something to clean the palette of this heavy-duty thing called life, Jesse Petersen is your gal. Her books are well written and her characters are on a completely relatable scale of life. The situations can get a little out of hand, but don’t let that stop you. Keep reading. Club Monstrosity and The Monsters in Your Neighborhood are the book friends you are looking for. 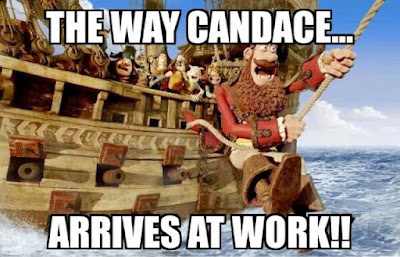