The Witch With No Name - Kim Harrison Rachel Morgan's come a long way from the clutzy runner of Dead Witch Walking. She's faced vampires and werewolves, banshees, witches, and soul-eating demons. She's crossed worlds, channeled gods, and accepted her place as a day-walking demon. She's lost friends and lovers and family, and an old enemy has become something much more. But power demands responsibility, and world-changers must always pay a price. That time is now. To save Ivy's soul and the rest of the living vampires, to keep the demonic ever after and our own world from destruction, Rachel Morgan will risk everything.

I will be honest. I had this book for a while. Like...a year…I had this book for that long before I had the heart to start it. I didn’t want to say good bye. I didn’t want to be disappointed. I didn’t want it to end. But, all things do have to come to an end at some point. And like with all book series that have ended, I was left a house divided.
On the one hand, this book has great action, which Kim Harrison rights amazingly well. I can read the fight scenes and it creates a little movie in my head. There is amazing tension between characters and also within the world itself. Everything is corded so tight with vampires getting their souls back and the Everafter shrinking. Oh! And it’s all on the Elves. Stupid endangered species…screwing up the world and all. The tension in the action was wonderful.
On the other hand…
*sigh*
I have always felt that Rachel’s relationships were a bit toxic. Ivy. Nick. Trent. Kisten. And the Ghost Witch…I can’t remember his name off the top of my head. All those relationships seemed to bring out the worst in Rachel. And by worst I mean more of a train wreck called bad decisions. The only ones in her squad that had a lick of sense were Al the demon and Jenks. Rachel was so busy trying to save everyone else, that when she needs to save herself, well, she can’t.
But, why can’t Rachel save herself?
I will admit, the last few books have been a bit lack luster for me. They all have strong starts, but everything fizzles out near the end. This book I thought wasn’t going to be that way because of what seemed like a strong ending. Rachel saves the day (eh, sorta) and then the epilogue happened.
I read the epilogue and by the end I had a bit of a headache…why? Because the Rachel there was different from the Rachel from the series. Granted, Rachel is MUCH older by this point in the epilogue, but she seemed too tame…too…flat. After a hard knocked battle and all the shit she went through, there was really nothing there. No dimension or depth in her range of emotions. Just a flustered step-mother type of character who is all mushy gushy with Trent. It was disappointing.
That being said, I will miss this book series. I’ve devoured all the books, good and not so good. Through my annoyance, a heavy sad sigh slipped from me as I read the last sentence and closed the book. For last 10 years (GEEZ!!) I’ve followed these books and got excited when each book came out. I’ll miss that. I’ll miss that excited glee of “oh new book in the series!” I know all things come to an end, and even though this book had misses, it had its fair share of awesome sauce.
At least it didn’t end like the Divergent Series. (I see you Veronica Roth…I see you. Still bitter...)

Thank you so much for taking a few minutes to read. If you are looking for a series that is full of action and feels and supernatural beings, check out The Hollows series, all THIRTEEN BOOKS. It’s a fun ride.


Remember to always be yourself. Unless you’re a pirate. Then ALWAYS be a pirate. 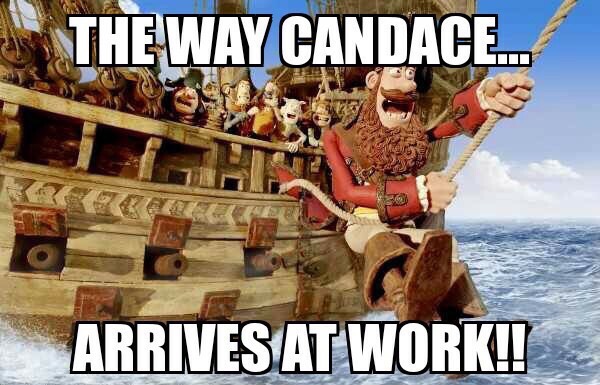