Revolution. Guillotines. France. Versailles. Art. Betrayal. Love. This is the book that broke my reading slump. About damn time…

In 1789, with the starving French people on the brink of revolution, orphaned Celie Rosseau, an amazing artist and a very clever thief, runs wild with her protector, Algernon, trying to join the idealistic freedom fighters of Paris. But when she is caught stealing from none other than the king's brother and the lady from the waxworks, Celie must use her drawing talent to buy her own freedom or die for her crimes. Forced to work for Madame Tussaud inside the opulent walls that surround Louis XVI and Marie Antoinette, Celie is shocked to find that the very people she imagined to be monsters actually treat her with kindness. But the thunder of revolution still rolls outside the gates, and Celie is torn between the cause of the poor and the safety of the rich. When the moment of truth arrives, will she turn on Madame Tussaud or betray the boy she loves? From the hidden garrets of the starving poor to the jeweled halls of Versailles, "Madame Tussaud's Apprentice" is a sweeping story of danger, intrigue, and young love, set against one of the most dramatic moments in history.

My advice to all of you: if you are in a reading slump, walk around your local library. If they are anything like mine, there will be displays of books. That is how I stumbled across this book. The simple cover with its beautiful script and eye catching title. I mean, hello! How can you not pick up this book? And thankfully, the book description you see on the inside dustjacket matches up perfectly with what is actually on the pages.

From the very first page, we get a sense of the type of person Celie is. She is a tough street wise lady who is robbing a house…and almost getting caught. She is of course, not alone. With Algernon, the boy who saved her life, leading her along and fueling her rebellious personality, we see them as a perfect pair to embody the spirit of the French Revolution. Celie has lost her family and Algernon his fiancé, all dead at the hands of the aristocrats in some shape and form. They are thieves and con artists, finding any way to screw over French aristocracy.

Celie is a great story teller, expressing her thoughts and feelings with blunt honesty that says she is not messing around. Though I couldn’t actually step inside of Celie’s character like I would with a book and character I really really love, but I was still able to feel her elation and ache. For me, Celie was just a little too distant from me. She is typically a character that I tend to fall into, feeling myself as the character. But I suppose I couldn’t get along with her love for Algernon…because…he’s kind of a jerk. I get why he’s a jerk and I understand his place in the story. He is a foil for Celie. At the beginning of the book, they are the same. But when Celie goes to Versailles with Madame Tussaud, they slowly begin to drift apart from each other. Celie loves Algernon and Algernon loves Celie, but she begins to question the motives and of those behind the French Revolution. She is applaud at the idea of violence and in the end she realizes that though she wishes for equal rights and to be heard among the rich, that the taking of a life is not worth it. And all the while Algernon moves up in ranks of the Revolutionists, making him cruel and unforgiving. Yet…….Celie still pines for him. Annoying. But I suppose that is the way of things with romances. I do not mind stories about love, but tales of romance that is needlessly complicated and obvious tend to make me not interested.

Though the catch phrase for this book takes about art and love during the French Revolution, I felt this was more about a tale of questioning the reason you might follow social cause or movement. Do you truely believe in words of revolution being spouted out and make your own path to move your choosen movement along? Or do you allow yourself to be led, swallowing whatever pill you are being offered with out question. This is where Celie and Algernon differ. Her time with Madame Tussaud in Versailles made her re-evaluate her opinions about Revolution, but Algenon was so blinded by rage, that he could not see pass social classes.

There are other elements of this book and they are well written and expressed. But I felt I was more drawn to Celie's growth from reckless street urchin to a young woman filled with resolve to protect those she loves for most and an understand of loss without feeling revenge, only grief.

I read this book after having baby number two. The book prior to this, City of Fallen Angels, was so long and I felt like I had to force myself to read it. However, this book was a fast read thanks to it only being 222 pages. The story never felt like it was dragging and there were never scenes that I felt needed to be deleted. This was the perfect book someone who might have been broken by a book that was a disappointment.

This book was perfect really. A nice somewhat fluffy love stort set in Revolutionary France, with an under current of something meaningful.

Until next time! Remember to be yourself...unless you can be a pirate. Then always be a pirate!! 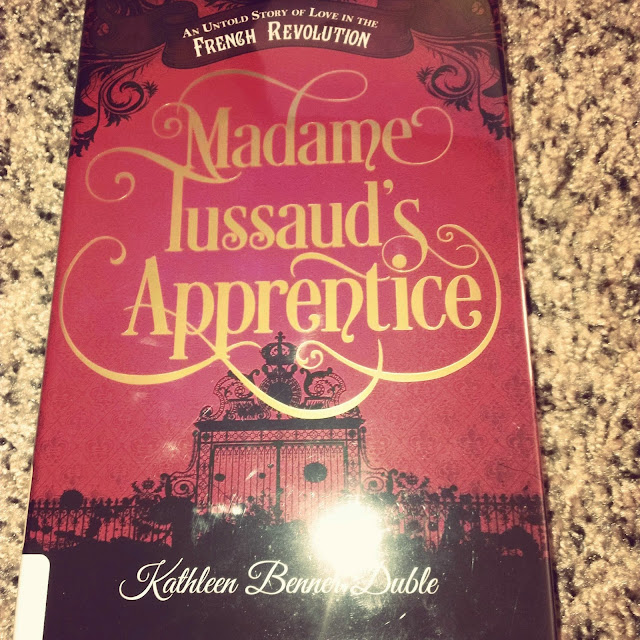