You may go anywhere in this floating city...expect for the edge. You do not go to the edge of the city. But what is that saying? Curiosity killed the cat? 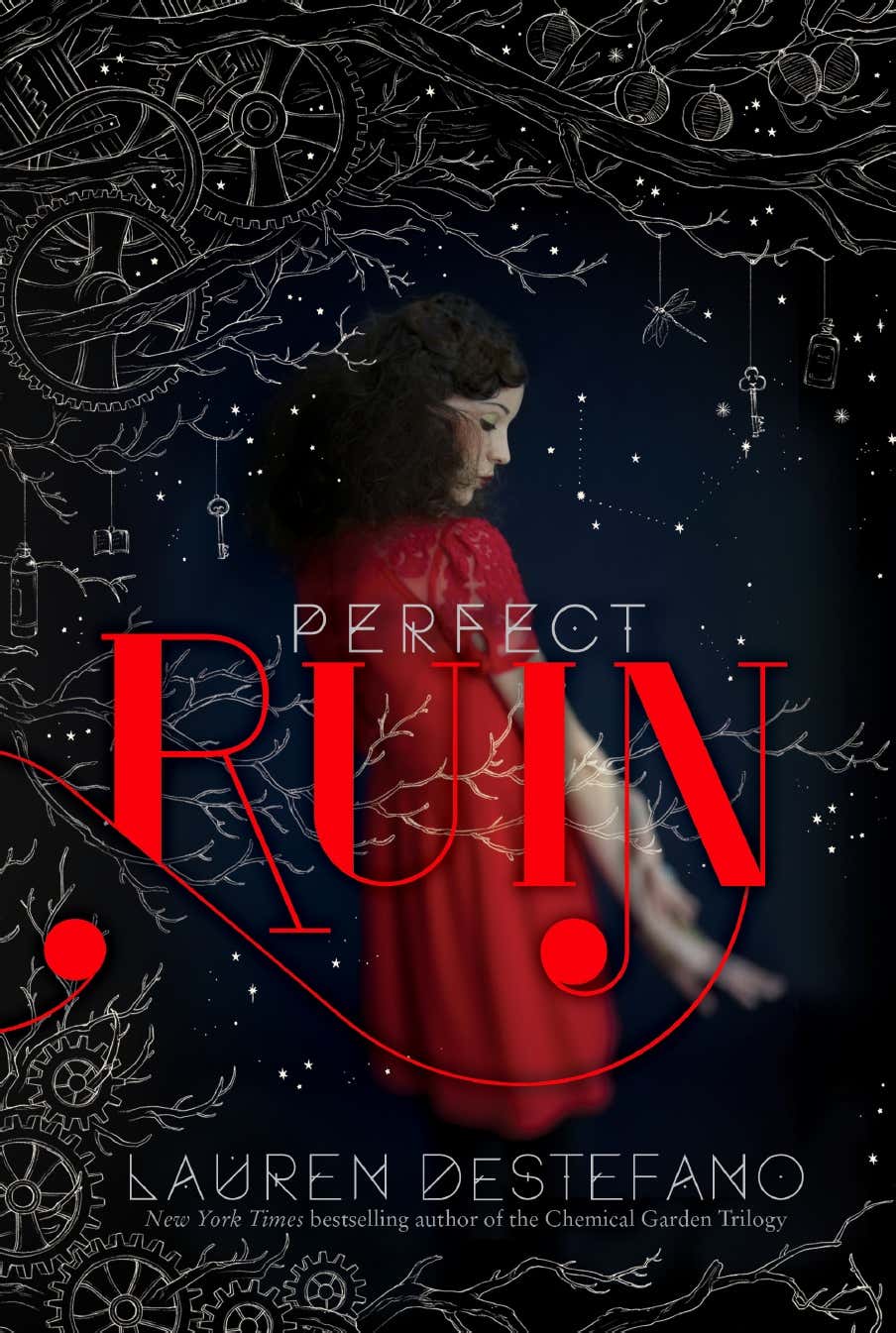 On the floating city of Internment, you can be anything you dream, unless you approach the edge. Morgan Stockhour knows getting too close can lead to madness, like her older brother Lex, a Jumper. She takes solace in her best friend Pen, and in Basil, the boy she’s engaged to marry. When she investigates the first murder in a generation, she meets Judas. The suspect was betrothed to the victim, but Morgan believes he is innocent. Nothing can prepare Morgan for the secrets she will find – or whom she will lose.

This is yet another book that had been sitting on my Kindle forever just waiting its turn to be read. And then it sat patiently waiting to be reviewed (which seems to be how a majority of the books I read end up...just waiting to be reviewed... but I'm a busy mom, so what can I say?). Anyway, I wanted to finish reading DeStefano's Chemical Garden Trilogy first before starting this. And I have to say, out of those books and this one, Perfect Ruin...yeah, the better book. Totally.

I perfer this book not only because the characters are not hair pulling angsty, but because the world is beautifully tragic. The writing is much more crisp and the flow of the story is easier to follow. The twists and turns that are thrown at Morgan Stockhour are impressive, but at the same time make sense with the tone and plot of the story. There are no wasted moments or characters. Well, there is one. But that's neither here nor there.

There is a perfect attention to the most finite details, such as the mythology built around how and why Interment came to be. At the beginning of each chapeter, there is a little blurb from a paper that was written by the girl who was murdered discussing the flaws and questioning the society and gods that they are all born into. When it is mentioned, it's not over done, if that makes sense. It's something that is not forced down your throat, it's naturally introduced and developed in the story.

The best way to describe this book is as subtle science fiction. I know that the general masses and book publishers sell is as a young adult destopia, however, it is missing the normal annoyances of the that genre. By that I mean angry teenagers. And it's been a while since I wasn't annoyed by any of the character. Morgan is a refreshing character in that she is a completely innocent character with everything in front of her, her life perfectly planned out. Lucky almost. However, when her world falls apart, it's not all at once. Everything shatters slowly and falls down and as the book progresses, the drama and secrets gather and pushes the story foward to where you are up half the night just needing to know what is going to happen.

And can I mention briefly how much I enjoyed the connection and love story between Morgan and Basil? It is a simple and pure love story. There is no love triangle being written in to muck things up. You are able to actually focus fully on the story of Morgan and her find out truths about the only place she ever called home.

I'm not going to lie, my only niggle with this book is that its not a one off, that it's the beginning of a new series. Which, if I think about it, is just fine. I just hope that this series continutes this very lovely lyrical writing and the simple and subtle touches of science fiction.

Hope you enjoyed this review. Sorry for the silence. But hey, I just had a new little one...so...what's there to expect?

Remember to be yourself...unless you can be a pirate. Then always be a pirate!