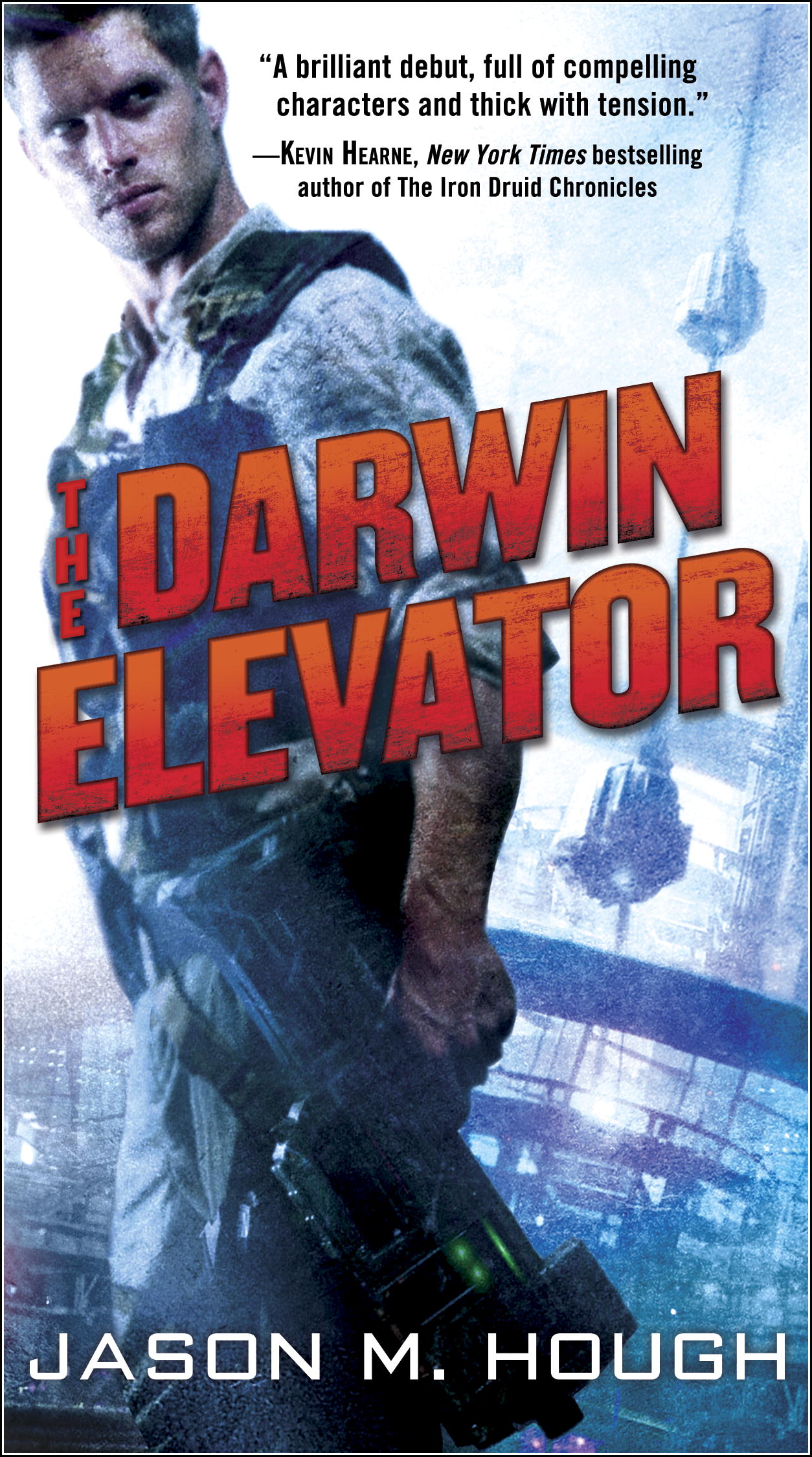 In the mid-23rd century, Darwin, Australia, stands as the last human city on Earth. The world has succumbed to an alien plague, with most of the population transformed into mindless, savage creatures. The planet’s refugees flock to Darwin, where a space elevator—created by the architects of this apocalypse, the Builders—emits a plague-suppressing aura. Skyler Luiken has a rare immunity to the plague. Backed by an international crew of fellow “immunes,” he leads missions into the dangerous wasteland beyond the aura’s edge to find the resources Darwin needs to stave off collapse. But when the Elevator starts to malfunction, Skyler is tapped—along with the brilliant scientist, Dr. Tania Sharma—to solve the mystery of the failing alien technology and save the ragged remnants of humanity.

***Preface to review: Thanks to Netgalley and the publisher, Random House Publishing Group - Del Rey Spectra, for providing me this e-book to review. Now, on to the review!***
I love a good End of the World book. When I had requested this book from Netgalley and the publisher, I believe I had just finished reading Icons by Margaret Stohl. Yes, it was young adult. But, it was about an unknown alien force who had dropped their strange and powerful technology on the world. This book by Jason M. Hough, is similar, but the aliens in this book, called the Builders, seem to be passive aggressive about their take over. They build this amazing space station that is tethered to the Earth, but then release a disease that makes you bat shit crazy. The world goes into chaos. Ka-Boom. End of the world. Sounds like a Doomsday prepper’s nightmare, but you can’t prepare for something like that.
For our Dutch hero, Skyler Luiken, him and his scavenger crew are the link to the world outside of Darwin’s protective shield, the Aura, as they are immune to the alien disease. They do what they can to survive the end of the world. Skyler is a decent male hero. I feel like he is supposed to be the Every Man, the man who still has emotions and doesn’t necessarily hold to the mantra of Dog Eat Dog. He does try to help where he can, but not at the expense of his own crew…
Well that is until he meets Dr. Tania Sharma and things get complicated.
The good doctor is a on a different level and zone than Skyler. While Skyler scavenges around the world, Tania lives in orbit on the space station. She is smart and wise, and just like Skyler, will do anything to protect her people. But while Skyler is more of a man of action, Tania is a woman of intellect and cunning. When they meet on what becomes a completely botched mission to Hawaii to retrieve some important data, they are fascinated with each other as they are from different areas of society, but they end up being a decent team together.
Both Skyler and Tania are relatively good looking folks, and there is some commentary about how the other looks, and emotions felt about the other. But thankfully, it’s subtle and more so on Skyler’s end. Because I’m going to be honest, the whole man and woman pair up and fall in love instantly because they are forced into a sticky situation, is getting a little old. There is one faux lesbianism type of scene with Tania and her assistance that had me rolling my eyes, and I wasn’t too sure if it was necessary, and a scene where Skyler rushes in to save the day and Tania kisses him...but other than those scenes, there’s not much else in the way of sexuality in the book. Why? Well, because it’s not necessary to moving the story along. And thank you Jason M. Hough for realizing that sex is not something mandatory in a book. If it doesn't move the story along, why put something like that in? Sure, the evil Blackthorn of Nightcliff detains Tania after the mishap in Hawaii and the decontamination involved nudity and water and poking and prodding, however, we as the reader are dropped in after all this is done. Which is nice as because as a woman, don’t really want to hear about the violation of another female. And it didn’t progress the story!
Jason M. Hough does a great job of keeping to elements and scenes that progress the story forward. The action kept moving forward and me turning the page. The action, as it was, was a little slow going. But the idea of aliens possibly cleansing our world for whatever reason, is intriguing.
I enjoyed the story but didn’t feel completely connected to the characters. All the characters, major and minor, are well written and they know their place. Major characters upfront…minor folks in the background. It was a well-balanced story that had followed the rules of the road in story plotting and action packness (is that a word?). There are two other books in this series, and I hope I can get to reading them as I am curious about who and what the Builders are. They were briefly discussed but never expanded upon so here’s hoping that book two will reveal a little more about the people who pretty much brought on the end of world…except for one little patch of the world.
Thank you for reading this review.
Remember to always be yourself unless you can be a pirate…then always be a pirate!!