I know. I wasn’t too sure of the title either… 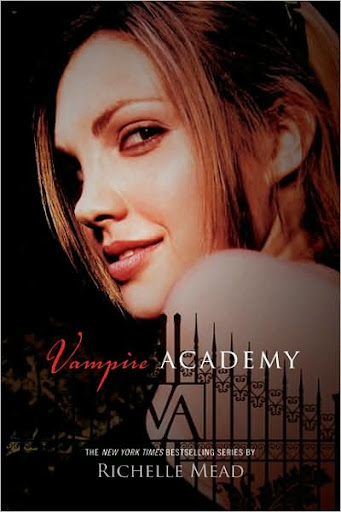 “St. Vladimir’s Academy isn’t just any boarding school—it’s a hidden place where vampires are educated in the ways of magic and half-human teens train to protect them. Rose Hathaway is a Dhampir, a bodyguard for her best friend Lissa, a Moroi Vampire Princess. They’ve been on the run, but now they’re being dragged back to St. Vladimir’s—the very place where they’re most in danger...
Rose and Lissa become enmeshed in forbidden romance, the Academy’s ruthless social scene, and unspeakable nighttime rituals. But they must be careful lest the Strigoi—the world’s fiercest and most dangerous vampires—make Lissa one of them forever”

I totally avoid this book for a while. The title, to be honest, is a little hokey. I wasn’t too sure that I wanted to read this. I was not drawn in by the cover or the title. I think I first laid eyes on this book a couple years ago at the book store…and just walked by. However, I stumbled across a book called “Bloodlines” and thought, “ah! Now this looks interesting.” Of course, then I found out it was a spin off series of Vampire Academy. Damn. I’m going to have to read this series first.

But I am happy to report, I actually enjoyed this book. No, really. I did.

I enjoyed the character of Rose, the kickass Dhampir. She was tough and super sassy and had a mouth like a sailor: my favorite type of heroine. I forgot from time to time that I was reading a book about a teenage half vampire faced with a bang load of high school drama. From mean girls to high school prom fist fights, to protecting her best friends for falling head over heels for her instructor and mentor, Rose faces all these challenges that seem to fit with her fiery and head strong personality.

What I found super interesting what how Mead was able to take the mythology of vampires and tweak it. I appreciated that there was a history lesson in the book about the history of the vampires and the dhampirs. It helped develop and ground the story in a believe reality.

With all books I felt there were flaws in the story. My main little niggle of dislike was Lissa. Though Rose is strong and independent, I felt that bother her and Lissa relied too much on each other. Yeah, yeah. I get the why. They are spirit bound together and blah blah blah. I felt that Lissa was a character that was holding Rose back. Granted, Lissa did keep Rose in check when Rose got a little too crazy. However, near the end of the book, Lissa did seem to discover some self reliance that she did not have when first introduced.

By the time I ended reading this book, I found that I have to finish reading this series. One book down, five to go. Here’s hoping that these books do not end up making me made like the House of Night books did. (And that is a totally different blog post)