Is being kidnapped by an awful villain to a magical world the best thing for a girl? If finding out you have awesome magical powers and a princess...well, I'm going to say yes. And can I be kidnapped as well?? 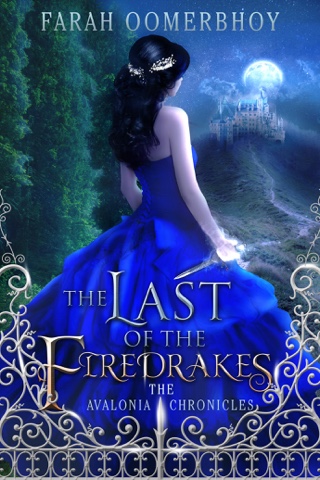 16-year-old Aurora Darlington is an orphan. Mistreated by her adopted family and bullied at school, she dreams of running away and being free. But when she is kidnapped and dragged through a portal into a magical world, suddenly her old life doesn’t seem so bad.
Avalonia is a dangerous land ruled by powerful mages and a cruel, selfish queen who will do anything to control all seven kingdoms—including killing anyone who stands in her way. Thrust headlong into this new, magical world, Aurora’s arrival sets plans in motion that threaten to destroy all she holds dear.
With the help of a young fae, a magical pegasus, and a handsome mage, Aurora journeys across Avalonia to learn the truth about her past and unleash the power within herself. Kingdoms collide as a complicated web of political intrigue and ancient magic lead Aurora to unravel a shocking secret that will change her life forever.

***Preface and Disclaimer***
First, I want to say that this review is apart of an awesome blog tour being held by Amy from Lady Readers Bookstuff and I want to say thanks for giving me a chance to be apart of something I have never done before: a blog tour! Also, thank you to Netgalley and Wise Ink Creative Publishing for providing me a copy for my ol' Kindle. And like always, this is an honest review.
So where to begin? Let me say this right from the start: as I finished this book, I was left torn. I liked the book, but...it left me feeling strange. I was trying to figure out why that was. The writing is good. Aurora is a good character, albeit a very familiar one in the world of young adults fantasy. The world was fun and there was go action. Oh, and a very handsome devil of a hero/love interest. So what was making me feel this strange mixed feeling of loving this book and it making me feel kind of "meh"?
Part of this reason is because I had just finished reading book two of the Mistborn series by Brandon Sanderson. That book was, well, kinda heavy. So my head space wasn't quite ready for this book. After realizing that, I looked back at the book and found that I did enjoy this tale.
Aurora to me resembles a Cinderella-esque character: crappy situation with a horrid family but then is spirited away to a whole new world where she finds her true heritage as the heir to a kingdom. But that's pretty much were that resemblance ends. Because there are a whole slew of nasty villains, one of which is her tyrannical aunt, Morgana, who has control of Aurora's birthright. I love stories like this. And Aurora is likable. She is just like every other teen, but just in a super crap situation with an uncle that feigns indifferent at her existence, an aunt who despises the very ground she walks on, and a cousin whose soul mission to tear down any self confidence that Aurora has. Aurora is a character who has just given up. How in the world cannot just be happy when, in the end, she leaves those jack-holes behind. Granted, she is kidnapped...
But still! She's free and a whole new world (not like Disney's Aladdin ) is opened up before her. You know how in the Wizard of OZ, Dorothy's life in Kansas is black and white, and the world of OZ is this explosion in Technicolor? That's what I felt like when Aurora enters the world of Avalonia. Colors are bright and vibrant. Shadows are the deepest and the darkest bits of black.

However...
I did have a couple little niggles with Aurora, though. They are forgivable...but still there all the same. One is the insta-love that she has for Rafe. As annoying as I find it personally, I can look past. I can forgive that because it's young adult and that is the trend. The other issue I had a little bit more of a difficult getting around. Aurora is a great narrator. She is completely capable of describing the world around her and her emotions perfectly. But some of the things this girl says grinds my teeth a bit. The exclamations of "Are you serious?!" and the like sort of bothered me. But don't get me wrong, I know our heroine is a 16 year old girl dragged into a world not her own, and I felt that I was being constantly reminded of this.
When I first finished reading this, I felt that Morgana and her minions where a little too much mustache-twirling villains. You know, the ones that so easily reveal their master plans and are a bit one dimensional. There are two reason I felt this way: one, I just finished reading Brandon Sanderson's The Well of Ascension, and two, the ultimate villain, Aurora's arch-nemesis, appears at the end and just acts crazy. I just wanted a little more serious darkness and less cackling old witch from someone that shares a name with a character from  Arthurian legend.

But! These are my personal issues. These things did not stop me from enjoying this book. There was a bit of a Princess Bride feel with the interaction with Aurora and Rafe (and DUN DUN DUN) and who he really is, (like River Song says, Spoilers!). The ups and downs that Aurora goes through are perfectly timed and appropriate for this type of story.  It's a light-hearted, fun escape to a different world, and has all the perfect elements of fantasy and action with a dash of young star-crossed love.

This is the first in a series and an great debut for Farah Oomerbhoy. I am rooting for Aurora and do want to see if she claims her true birthright and learns to control her awesome powers so she can properly kick some ass.

I hope you enjoyed this review and I hope you all go out and read this book! It really is a fun debut and you can tell the love the Farrah Oomerbhoy has for the world she has created, and that love is infectious. My only suggestion: Don't read The Mistborn series before this one. I'm one of the last stops on this blog tour, but please check out the other amazing blogs that joined in with all the fun!

Until next time, remember to be yourself...unless you can be a pirate...
THEN ALWAYS BE A PIRATE!! 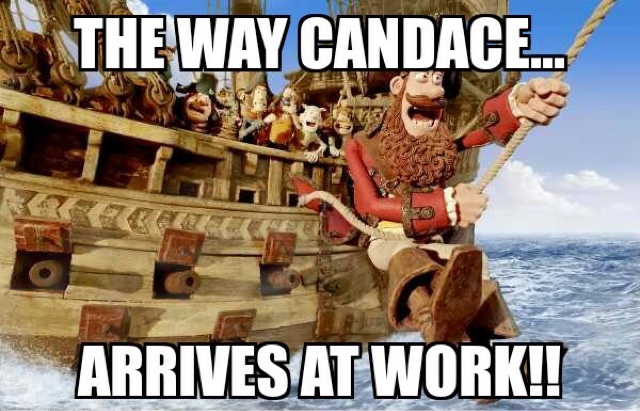